The Fetishization of Unhealthiness

In my opinion, “revolution” is one of the single most overused words in modern English. Nevertheless, if we were to grant, as some would have us, that a “food revolution” is underway in the US, it already has its thermidor. Apparently concern for one’s health has become so mainstream that  gratuitous disregard for it has become hip and counter-cultural.

Please note: I am not simply making the observation that many Americans have disgustingly unhealthy eating habits.  Rather, I find that such diets have become almost chic.  Last weekend, for example, I was with some friends at a pub (which shall remain nameless) whose menu included such delicacies as Spam Bites (deep-fried spam and cream cheese), Deep-Fried Pickles and Pie Bites (deep-fried bits of pie).  Now mind you, this establishment is frequented by young, hipster types, not, as one might imagine, crotchety old men who don’t give a damn about all this healthy eating nonsense. The former are the ones who concern me.

To some extent, I can see the logic behind this counter-revolution.  Even hyper-conscious eaters have their guilty pleasures, so perhaps these Grease Monkeys just feel they’re being more honest and upfront about their proclivities.  And perhaps this backlash is somewhat justified:  although healthy eating is becoming more and more plausible as more and more places are beginning to sell real, fresh food, many of the most avid diet-pushers make eating healthy seem completely unenjoyable.  Hell, even I’d choose a burger over flax seed roll-ups. 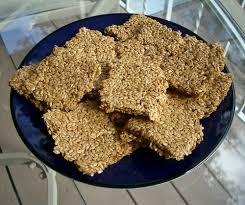 But once again, what makes this attitude so troubling to me is that it is prevalent in a demographic that really should know better.  The followers of this food counter-revolution are largely urban (i.e. they don’t live on a dairy farm, where butter is readily available and their economic livelihood), young (they grew up in an era when plenty was known about the health consequences of various diets)  and middle class  (they can afford reasonably healthy food).

Now, I’m not suggesting that it’s acceptable that people in other situations (poor, rural, elderly, etc.) have unhealthy diets — it’s just that usually there are circumstances external to the person that dictate their food choices.  In the demographic I am discussing, however there is usually the option to eat something healthy (or at least to not eat something so unhealthy), but they willfully decline.  Put another way, these people are eating things that are ridiculously unhealthy, not because they have no other choice, but because to do so is cool.

Some of you may argue that actually, they choose to eat these culinary monstrosities because they taste good.  To which I respond thus: Does deep-fried pie really taste better than just pie? And wouldn’t the cupcake taste better

without the bacon? Some wag will invariably respond “Everything is better with bacon,” and that’s just my point.

Bacon seems to be the icon of this counter-revolution.  Its mere mention causes otherwise rational people to say odd and disturbing things.  Once when I was at a chili cookoff, one of the cooks was sharing his recipe with a friend and me, and told us that he started by sauteeing onions with bacon.  He then inserted a dramatic pause to allow us to goggle over the mention of bacon.  When we failed to produce the desired response, he supplied it himself.

Now, chili is a reasonable, if not entirely orthodox, place for bacon to be.  But it should not be in chocolate, vodka or any of the other unseemly vessels we have allowed it to occupy.  I’m fairly certain that if you found someone who partakes in one of these novelty items, injected them with truth serum, and asked them if they actually enjoy the taste, their honest answer would be ‘no’.  But in just about any other setting, the desire to be cool mandates an answer in the affirmative.

This entry was posted in Uncategorized and tagged food, health. Bookmark the permalink.

2 responses to “The Fetishization of Unhealthiness”