No Gentrification without Taxation!

I’m beginning to realise that “Social Enterprise” might be too narrow a category for  the focus of this blog.  Perhaps a better term would be “Social Economics”?

In any case, today’s post is not actually a proposal for a new tax but rather for an alteration in how property taxes are collected.  I’d like to provide some context for my thinking here through a personal reflection.  If you find such introspection in blogs tiresome, skip ahead to the picture of a Cuttlefish.

What are you thinking?

As a white person in a predominately African-American neighbourhood, I realise that my very presence portends gentrification to some.  Among neighbours with whom I’ve built a relationship, I’m treated as “one of us,” but I realise that perception is not universal.  Granted, I don’t drive a Subaru or Prius, and I don’t own skinny jeans, so that probably helps.

Since a tornado devastated our block on May 22, I’ve had quite a few

conversations with neighbours about what will/should happen next to North Minneapolis.*  There seems to be a range of feelings:

Some are afraid that with so many houses destroyed and residents demoralised, outsiders, or the City itself will take the opportunity to buy up lots of property, level old houses and build new condos or some other yuppie-magnet.

Others are hopeful that all the tornado relief money coming in from government and non-profits will present an opportunity for revitalization of an area that desperately needs it.  To some, though “Revitalization” is a code-word for “Gentrification.”  There’s a range of feelings in between, but it has presented a conundrum for me: Can an economically-depressed neighbourhood prosper and develop without driving out low-income residents who have lived there a long time and who often are the heart and soul of the neighbourhood? 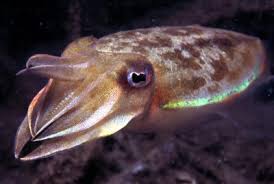 Get on with it!

I don’t really want to start a debate over the merits of gentrification, but I do want to highlight one negative aspect of gentrification that I’m trying to address with this proposal, and one positive aspect that I’d like to preserve, and indeed, enhance.

The Bad: Many of my friends and relatives who live in the suburbs can’t understand how rising property values (and gentrification) could ever be a bad thing, especially for property owners.  One reason is that, as property values rise, so do property taxes.  This is true everywhere, but in low-income neighbourhoods, property taxes often account for a much higher percentage of mortgage payments–or put another way, the T is a much bigger part of the PITI.

Now, if your mortgage payment is already a sizable portion of your monthly income, and your property taxes are a sizable portion of your mortgage payment, a steady increase in property taxes could bust a tight budget.  As the process of gentrification gains steam, more and more people in this very situation are forced to move away.

To me, the loss of affordable housing is problem enough.  But there’s also a cultural loss that can’t be quantified — neighbourhoods take on their own character because of the long-term residents.  Williamsburg and Park Slope might be trendy and popular right now, but Harlem and the Upper West Side endure as strong communities because of the people and families who lived there long enough to feel that they had a stake in their neighbourhood.

The Good: A potential benefit of gentrification and revitalization is that it allows an asset (property) to give a very good Return on Investment to people who bought homes before the neighbourhood was gentrified.  Of course, if they can’t afford the increasing property taxes, they won’t be able to stick around long enough to see the value of their house appreciate as much.

So: My proposal is that municipalities levy property taxes on a sliding scale based on how long the current owner has owned the house.  All properties would still be assessed each year and the taxes would change based on the assessment, but the baseline would be different.

Different municipalities would have to determine their own formulae, and this proposal would probably only need to be used in low-income neighbourhoods where property values are rising rapidly. One problem I see that would have to be worked around is that this could be disadvantageous to younger homeowners.

This is obviously a very rough idea, and maybe it could be expressed through some other mechanism, but property taxes seem to make the most sense.

*It’s worth noting that in the days after the tornado, some people mistook me for a volunteer who’d come to help with cleanup efforts, and were somewhat surprised and relieved to learn that I was actually a resident who’d been affected by the storm.